Van Zyl only one off lead in AfrAsia Bank Mauritius Open

Van Zyl only one off lead in AfrAsia Bank Mauritius Open 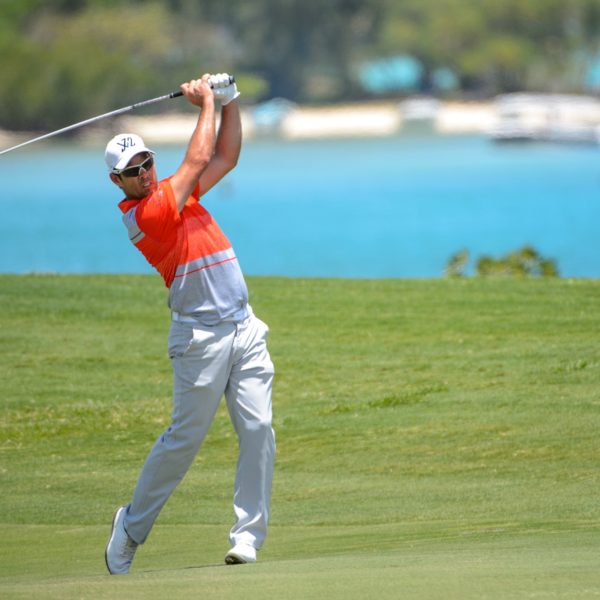 A bit of sun, sea and sand is said to cure all manner of ills, and it certainly seems to be working for Jaco van Zyl as he opened with a seven-under-par 65 to be only one stroke off the lead after Thursday’s first round of the AfrAsia Bank Mauritius Open at the Four Seasons Golf Club Mauritius at Anahita.

The South African’s start in this tri-sanctioned tournament is his best since his return from a wrist injury and he led for most of the round before Frenchman Victor Perez and India’s S Chikkarangappa overtook him with their rounds of 64 in the afternoon.

Van Zyl finished the day in a three-way tie for second place with Japan’s Masahiro Kawamura and American Kurt Kitayama.

Behind them, South Africa’s Justin Harding kept up his challenge to win both the Sunshine Tour and Asian Tour Order of Merits as he chipped in on the 18th for an eagle and a round of five-under-par 67. He currently leads the Sunshine Tour Order of Merit and is third on the Asian Tour’s Habitat for Humanity money list, but with an outside chance of winning that if he has three strong weeks, starting in Mauritius.

On a sweltering day on the island, Van Zyl took advantage of a cooler early tee-off time and opened with a birdie, finished with an eagle, and made a further four birdies and no bogeys in between.

“The early tee time was good. The course is in absolutely fantastic condition considering the amount of rain they had on Monday and Tuesday. And it’s the first round of a new season, so it’s really nice to get off to a good solid start,” he said.

“After coming back from my injury, I think I’ve played six events in Europe in the latter part of the year. It feels like I’m still getting back into it, and shooting seven under in the first round is a really good feeling. The short game has been really good. Normally I’m a very consistent ball striker, and I’ve been battling with that a little bit over the last six weeks. But that’s starting to come on nicely and I’m getting the distance back. I’m still hitting it fairly straight but the big difference is definitely the chipping and putting. I’m making a lot more putts than I have been.”