‘The most beautiful week in golf’ has top players talking

‘The most beautiful week in golf’ has top players talking 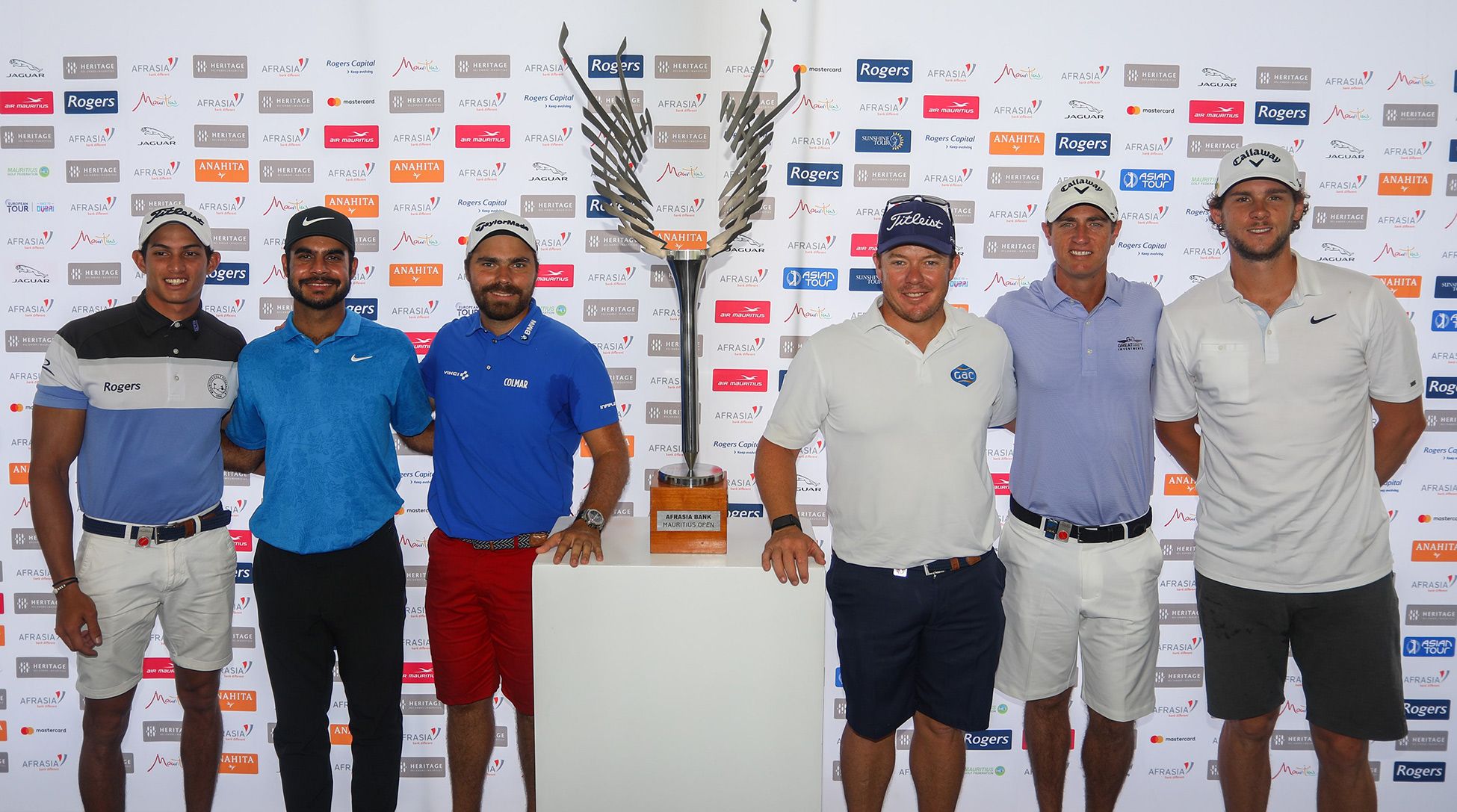 BEL OMBRE, Mauritius (3 December 2019) – The AfrAsia Bank Mauritius Open identifies itself as ‘The most beautiful week in golf’, and clearly the word is getting around amongst the players on all three of the major tours of the Sunshine Tour, European Tour and Asian Tour that jointly sanction this tournament.

A collection of Ryder Cup players, a major winner and multiple tournament champions have gathered for this week’s fifth anniversary of the tournament, which tees off on Thursday at the Heritage Golf Club. And all are increasingly impressed with an event that has successfully niched itself as one of the most special weeks on the global golf calendar.

“It’s my first visit to Mauritius and I’m really looking forward to it. It’s great to have so many players from the different tours playing. I’m looking forward to mixing with some of the younger players this week and trying to be as competitive as I can,” said 1999 Open champion Paul Lawrie.

Belgian Ryder Cup player Thomas Pieters is also making his debut in the tournament. “I’m absolutely loving it here. I arrived five days before the start of the tournament. Come Thursday we’ll all want to do well, and I’m looking forward to it.”

George Coetzee, the winner of the inaugural AfrAsia Bank Mauritius Open here at the Heritage Golf Club in 2015, is back for a week that gives him the water-sport distractions he so dearly loves. “This is a very special place for me. It’s just a great golf course. But there is also so much to do away from the golf course, which works for me. The year of my win here I went windsurfing on the Monday and hurt my back. I couldn’t play the pro-am or a practice round so I arrived on the golf course in the first round very relaxed and not knowing what to expect, and I guess that was kind of a winning formula.”

Another Ryder Cup star in Nicolas Colsaerts said the growth of the event is seen in the number of players talking to each other about what a unique week this is.

“I’ve been coming here for 20 years now. It’s always been a popular destination for golfers from Europe in the winter and the list of qualities that this place has is endless, and now it has a major golf tournament as well. The players are talking with one another about how nice it is to come and spend a week in Mauritius playing this tournament. We play a lot of competitive golf throughout the year so to have a week that marries both is great.”

Frenchman Romain Langasque is another big supporter of golf in paradise. “The first time I played here was two years ago and I finished third. The course is unbeatable. It’s one of the best tournaments of the year for me to be able to enjoy the golf course and the beach.”

And Indian star Shubhankar Sharma says the tri-sanctioning status of the event has a big role to play in the growth of golf in his home country. “For any sport to grow in a country it needs stars. Golf in India is growing now because we have stars the kids can look up to. So it’s great that this tournament is co-sanctioned by the Asian Tour and with so many Indian golfers playing in, and which will be showcased on television in India.”

The corporate supporters of the event are equally attracted to a tournament that offers something different in the tournament golf space.

“This tournament has helped us position the Mauritius brand and sell this destination as a great tourist destination and a great financial services destination,” said Sanjiv Bhasin, CEO of title sponsor AfrAsia Bank.

“We have seen the participants increasing in numbers and the public interest increase significantly. The live broadcast now reaches 350 million households. We have customers living in 163 countries, and this tournament gives them an excellent impression of Mauritius and us as a bank.”

The tri-sanctioned status is a particular source of pride for Selwyn Nathan, Commissioner of the Sunshine Tour. “This was the first tournament we tri-sanctioned with the European Tour, the Asian Tour and ourselves. This partnership is very special to us and this tournament has grown immensely over the past five years.”

For Thierry Montocchio, CEO of VLH Ltd., the tournament validates to an international audience the world-class golf offering at Heritage Resort.

“The Heritage Le Telfair has for the past two years won the award for ‘The Indian Ocean’s Best Golf Hotel’, and our golf course has for the sixth consecutive year been voted ‘The Indian Ocean’s Best Golf Course’. Golf is at the heart of our resort, and now we are constructing our second golf course, designed by Peter Matkovich and Louis Oosthuizen. It will be an iconic course that we hope will set a new standard for the region. It will be the first links-style course in Mauritius, and you’ll see the sea from every hole.”

And from Thursday, golf fans worldwide will also be able to see exactly what makes this the most beautiful week in golf.