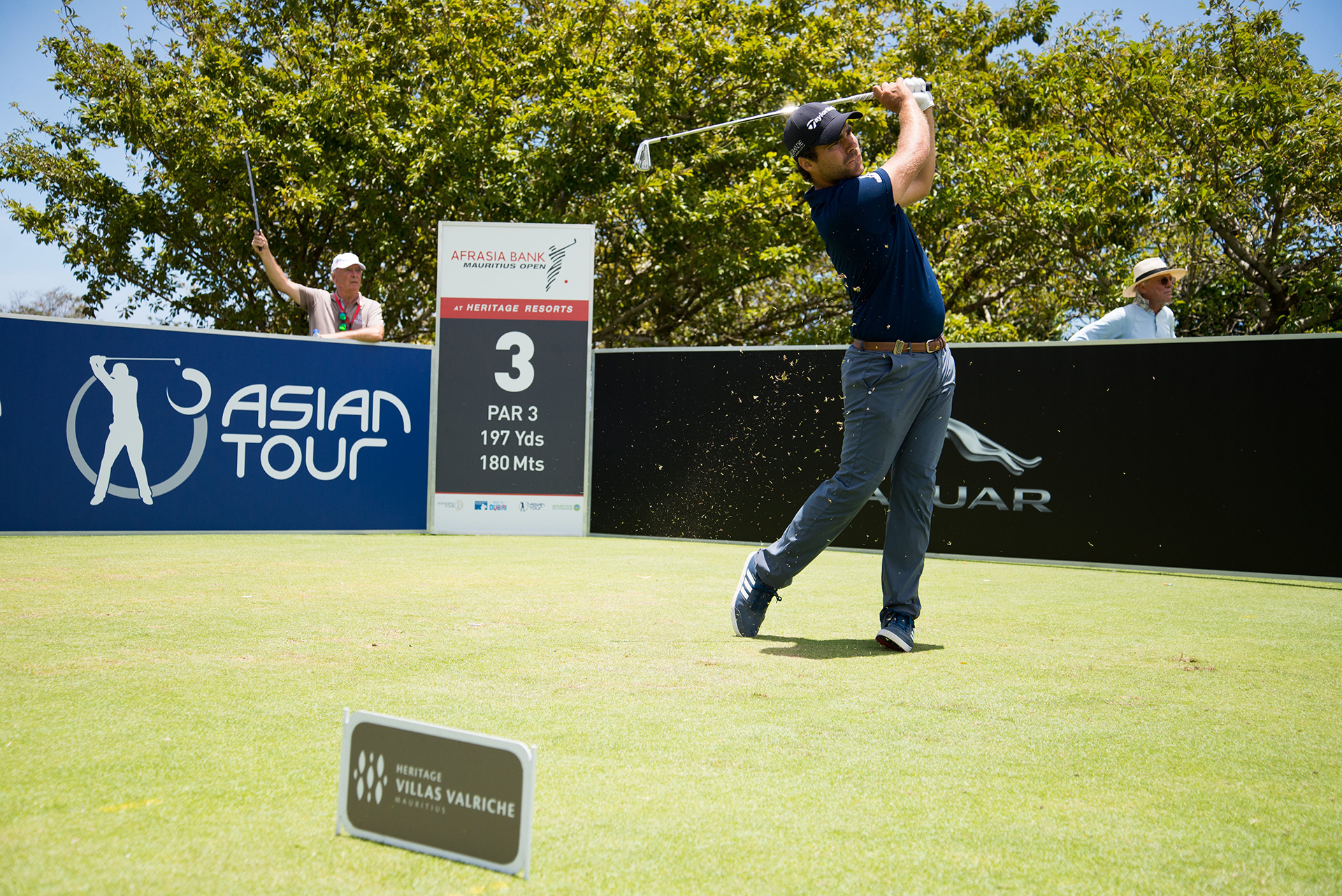 A strong contingent of French professionals have confirmed their presence in this year’s AfrAsia Bank Mauritius Open as they edge closer to a first French champion in this tri-sanctioned tournament between the European Tour, Sunshine Tour and Asian Tour.

French golfers have finished third and second in the past two editions of this €1-million tournament, which this year will be played at the Heritage Golf Club at Heritage Resorts from 5-8 December. In 2018, France was second only to South Africa in the number of its golfers who finished within the top 20 in the AfrAsia Bank Mauritius Open.

The French challenge will be led by Benjamin Hebert, currently the top French golfer on the European Tour’s Race to Dubai ranking in 15th place and within the top 100 on the Official World Golf Ranking.

Heritage ambassador Romain Langasque, currently 21st on the European Tour’s Race to Dubai rankings, will also be in the field.

In 2017, when the AfrAsia Bank Mauritius Open was last played at the Heritage Golf Club, Langasque finished third and only two shots out of the playoff between champion Dylan Frittelli and Arjun Atwal of India. Langasque again came close to securing a maiden European Tour title when he finished third in July’s Aberdeen Standard Investments Scottish Open, a tournament that is part of the European Tour’s prestigious Rolex Series.

Matthieu Pavon flew the French flag at Anahita in 2018 when he finished tied second and just two strokes behind eventual winner Kurt Kitayama. Pavon has also shown signs of becoming the next French champion on the European Tour with his finishes of tied 10th in both the BMW International Open and the Scandinavian Invitation this season.

They will be joined at Heritage Golf Club by Heritage ambassador Clément Sordet, who finished 11th in last year’s AfrAsia Bank Mauritius Open, and who this year had his best European Tour finish of second in the Oman Open in March.

Victor Perez, who finished 14th in the 2018 AfrAsia Bank Mauritius Open, and Raphaël Jacquelin, who finished tied 17th last year, add to a very strong French line-up for the fifth edition of this tournament.

“We are extremely proud of our Heritage ambassadors and their performances in the AfrAsia Bank Mauritius Open, which is a flagship event for our award-winning resort. We look forward to welcoming them back to our magnificent Heritage Golf Club, which has been recognised as one of the top 10 golf courses in Africa and the ‘Best golf course in the Indian Ocean’ at the World Golf Awards for the past five years,” said Thierry Montocchio, CEO of Veranda Leisure and Hospitality (VLH).