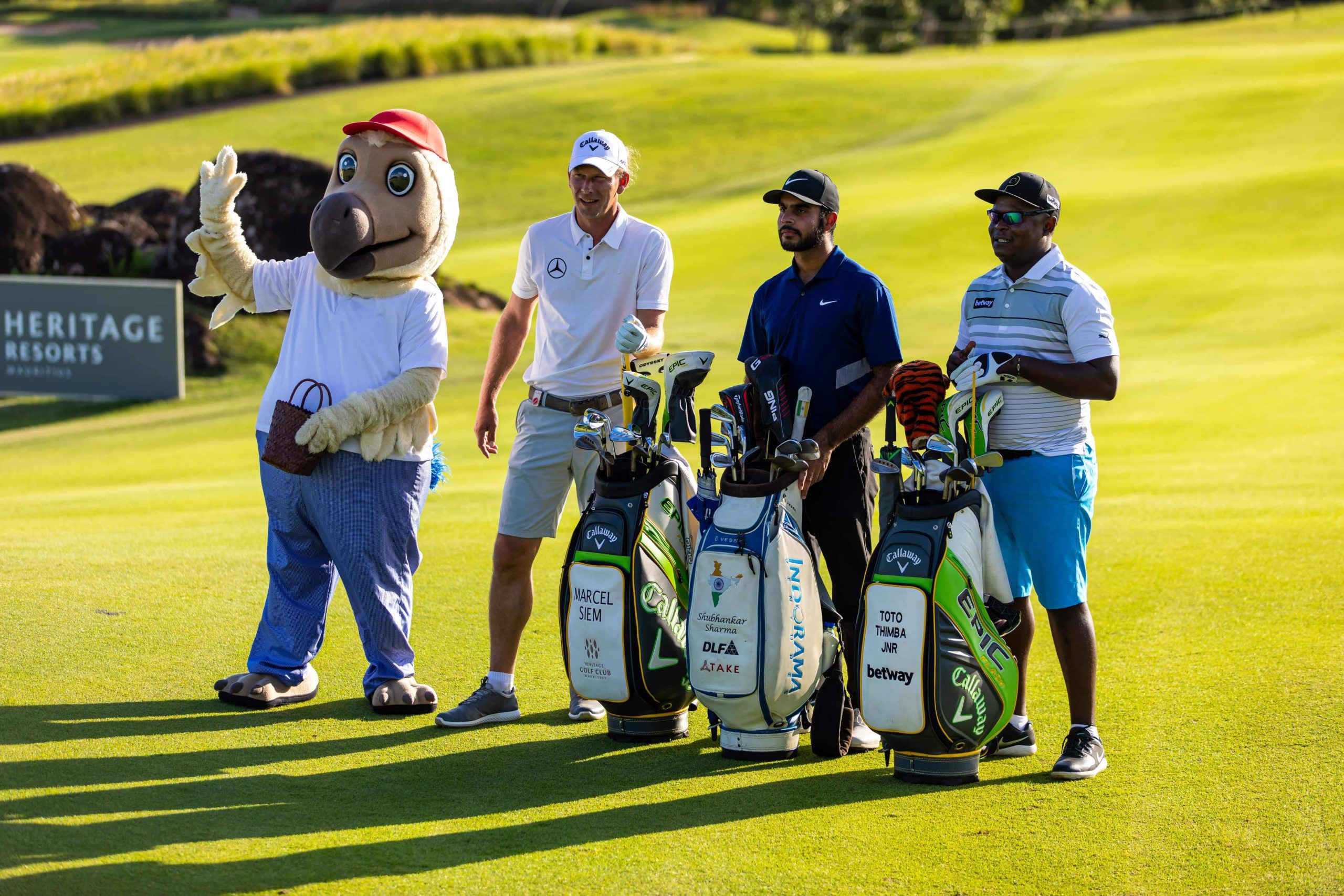 BEL OMBRE, Mauritius (6 December 2019) – The AfrAsia Bank Mauritius Open celebrated its fifth anniversary as a uniquely tri-sanctioned tournament with a Three Tour Challenge between golfers from the European Tour, Sunshine Tour and Asian Tour at the Heritage Golf Club before the start of this year’s tournament.

Germany’s Marcel Siem represented the European Tour against South Africa’s Toto Thimba from the Sunshine Tour and India’s Shubhankar Sharma from the Asian Tour. The three golfers were tasked with the challenge of nominating a club and then attempting to chip from about 30 yards away and to a target area around the hole. Appropriately for a tournament played in an island paradise, the chipping area was identified by two coconuts as “tee markers”.

But the challenge was that once a club had been nominated, they were not allowed to use that club again. “You use it, you lose it,” was how Siem summed up the rules of play for his opponents. A ball that stopped in the target areas was worth one point, and a holed-out shot worth 10.

Round One ended without a single point scored by any of the players, with the sloping green and tricky pin placement proving quite a challenge in terms of stopping the ball in the target area around the hole.

But in Round Two, Sharma made the breakthrough when he scored a point using a pitching wedge. It proved decisive as no player was able to match that through the remaining two rounds, although Siem came inches close to an equaliser with a five iron in the fourth and final round.

“It was a lot of fun and a great way to celebrate having the three tours here,” said Siem.