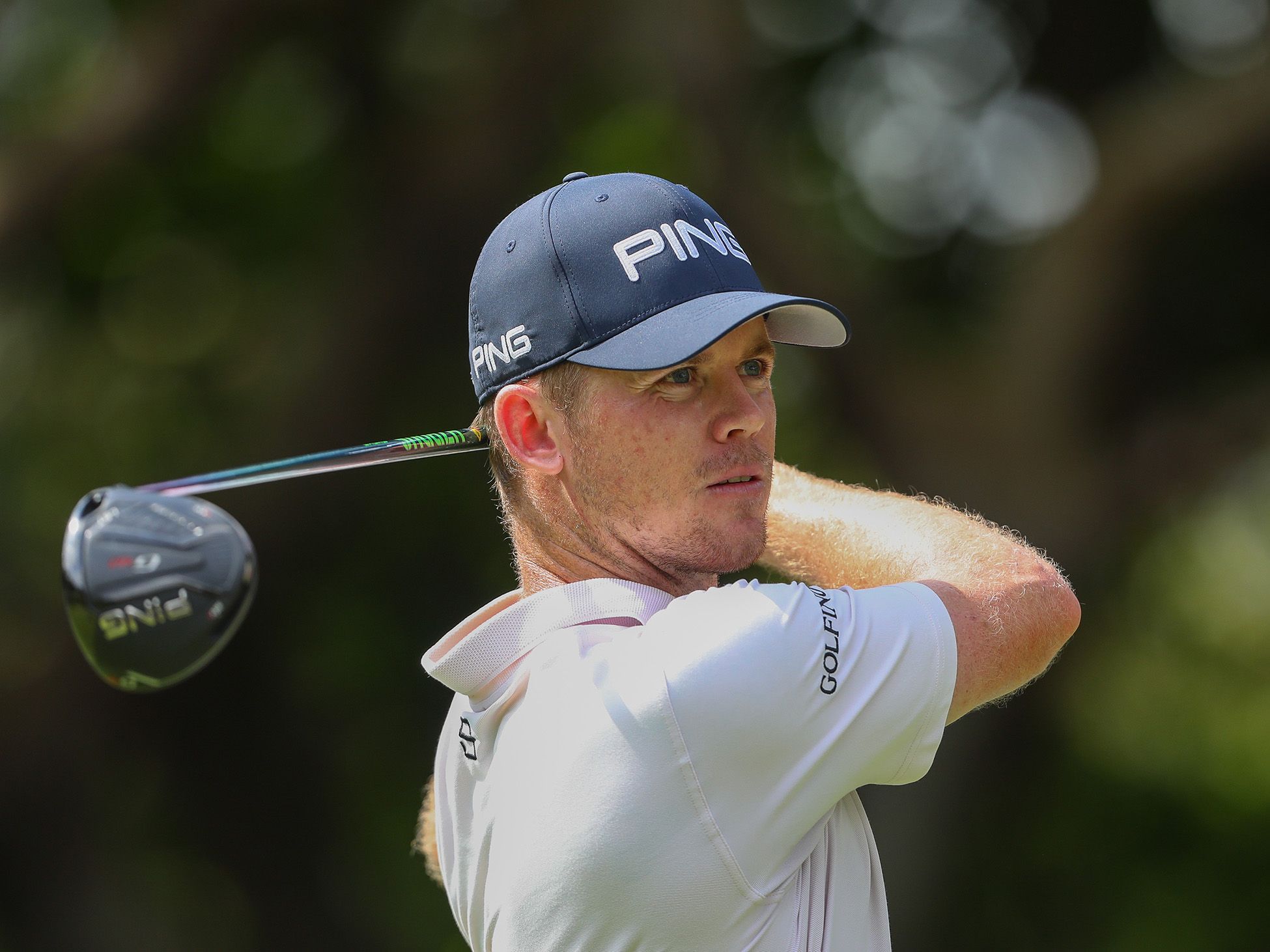 BEL OMBRE, Mauritius (5 December 2019) – It’s not something you’ll find in any golf instruction manual, but for Brandon Stone, lying by the pool and taking long walks on the beach proved the perfect preparation for his opening 66 and a share of the first-round lead in the AfrAsia Bank Mauritius Open at Heritage Golf Club on Thursday.

The South African ended day one of this tri-sanctioned tournament in a five-way tie for the lead with Frenchmen Romain Langasque and Benjamin Hebert, Danish teenager Rasmus Højgaard, and Scotland’s Grant Forrest.

After what he described as a “tricky year”, Stone arrived in Mauritius seeking exactly the kind of de-stress he was hoping for. And the effects showed in his 66.

“This week consists of doing a little bit of practice, playing 18 holes and then putting your feet up by the pool. Yesterday for the first time this year I had a 45-minute nap poolside and then took a long romantic walk on the beach with my wife. It’s just spectacular. It’s a perfect way to end the year. You know, 2019 has been quite a tricky year with a lot of ups and downs, and to come here and de-stress is just fantastic,” he said.

Alongside Stone at the top of the leaderboard, Hebert also enjoyed what he said has been a relaxing start to this tournament.

And Denmark’s 18-year-old Højgaard looked equally calm as he played his way into a share of the lead early in his rookie season as a European Tour member. The young star is looking to take his form on the Challenge Tour this year and turn it into success at this higher level of the game.

“I had a full season on the Challenge Tour, which gave me a lot of confidence in what I am doing. I just need to believe in myself,” Højgaard said of his approach to the next three rounds of this event.

“It’s paying off right now and hopefully it will pay off in the long run as well,” he said of the confidence he’s playing with right now.

“The set-up is better and the players are better on the European Tour compared with the Challenge Tour. I’ll just try to play as well as I can and see where I end up.”

Justin Harding started well with a four-under-par 68 that included an eagle at the last, and former European Ryder Cup star Nicolas Colsaerts opened with a 69.