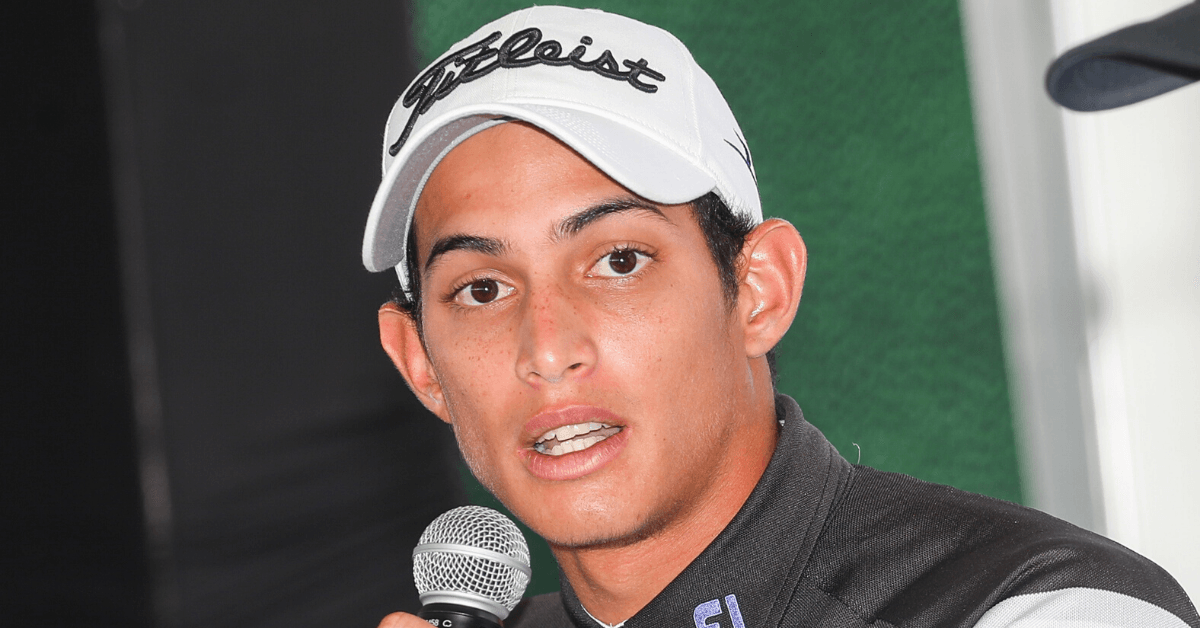 Pellegrin qualified for the tournament – which is tri-sanctioned by the Sunshine Tour, European Tour and Asian Tour – by virtue of his victory in the Rogers Indian Ocean Amateur Golf Open.

He does so as one of the bright young stars of the Mauritius Golf Federation (MGF), which has enjoyed one of its most successful years ever in 2019 highlighted by a runner-up finish behind South Africa in the All Africa Team Championship in Mauritius.

“We have had a great year for Mauritian golf, and the second place at the All Africa Team Championship was something we’ve been working on for the last seven years,” said Christophe Curé, President of the MGF and President of the African Golf Confederation.

“I think it’s the goal of any Mauritian amateur to become the best and one day be able to play in the AfrAsia Bank Mauritius Open, and as the MGF we are very thankful to be partners with this great tournament.”

“I’ve been watching many of these professional golfers on TV so I’m really honoured to be playing with them in this tournament. It’s a dream come true. I’m just going to enjoy myself, and I’m very proud to represent my country this week.

“I’m hoping to make the cut and play four rounds of golf on this amazing course and with the great support I have. I just want to enjoy myself,” he said.

This year marks the fifth anniversary of the AfrAsia Bank Mauritius Open as the country’s premier professional golf tournament, and Pellegrin believes the growth of this tournament has been reflected in the similar growth of Mauritian golf over the past few years.

“We’re starting to produce some great golfers in Mauritius. We had our best result with the Mauritian golf team in the All Africa Team Championship, so we’re getting there. I’m very happy to be part of that journey with the Mauritian Golf Federation, which is doing an amazing job growing the game. I think it will become something big in the future for Mauritian golf.”