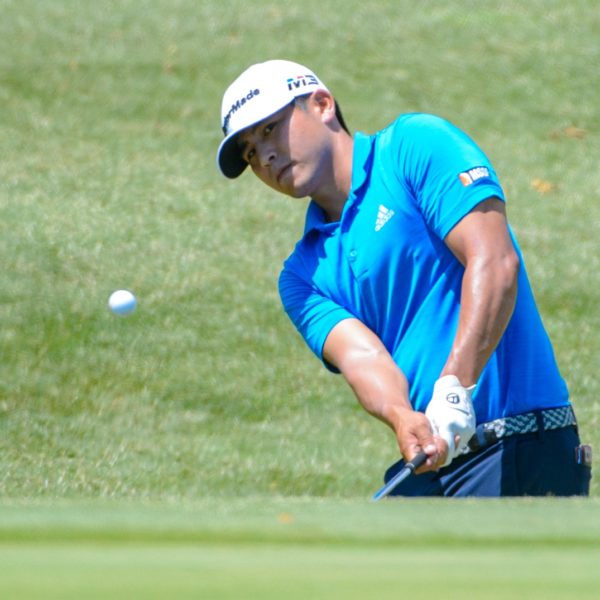 American Kurt Kitayama heads into the weekend of the AfrAsia Bank Mauritius Open with a two-stroke lead and looking to make the perfect start to his rookie season on the European Tour.

Kitayama signed for a second consecutive 65 at the Four Seasons Golf Club Mauritius at Anahita on Friday to head the field on 14 under par.

India’s Chikkarangappa S. is his nearest challenger on 12 under par following a 68, with Frenchman Victor Perez and Matthieu Pavon on 11 under. Trevor Fisher Jnr. leads the South African challenge at five shots off the lead. Ernie Els and defending champion Dylan Frittelli head into the weekend on five under par.

Kitayama travelled to Mauritius with no clear plan of where his career is going and to simply play the next three tournaments in front of him as a new member of the European Tour following his tied third-place finish at the Tour’s Final Stage of Qualifying School.

“You know, I’m just focusing on this little stretch to end 2018 and then I’ll regroup at the end of the year and see what I’m thinking about for the future. It’s just about trusting the process,” he said.

He did indeed have to trust the process out on the Anahita course as he started his second round with a birdie but then made a double bogey at the second. After that he made four consecutive birdies, and finished his round with a further four birdies in six holes.

“I started with a birdie and then just had a little blunder at two. I got back on track straight after though so it was nice to bounce back. I’m driving it well, which is making it a lot easier out there. It’s a pretty big advantage to be able to hit shorter irons in. I’ll have the same approach over the weekend. It’s gone well so far so I don’t want to switch things up too much.”

Chikkarangappa S. moved himself into contention with a round that saw him make five consecutive birdies at the start of his second nine. And an Indian flag will fly near the top of a leaderboard once again this season.

“Shubhankar Sharma has really shown the way for a lot of Indian youngsters this year. As Indian golfers we’re now out in the world and playing with the best. Jeev Milkha Singh was telling us there were only four or five Indian golfers on tour during his time. Now we have closer to 25, and about 15 of us holding a full card on the Asian Tour and a couple on the European Tour,” he said.

South Africa’s Fisher Jnr. worked his way into contention on nine under par and with a bogey-free 66.

“I feel good. I’ve shown signs of improving but it’s been up and down the last six months. One or two good rounds, and one or two bad rounds. This week I’ve been trying to think more about the mental side, be a bit more confident and easier on myself out there.

“I’ll keep doing what I’m doing. I’ll just trust the positives, try to play my own game, stay in my zone and give myself a chance out there,” he said.