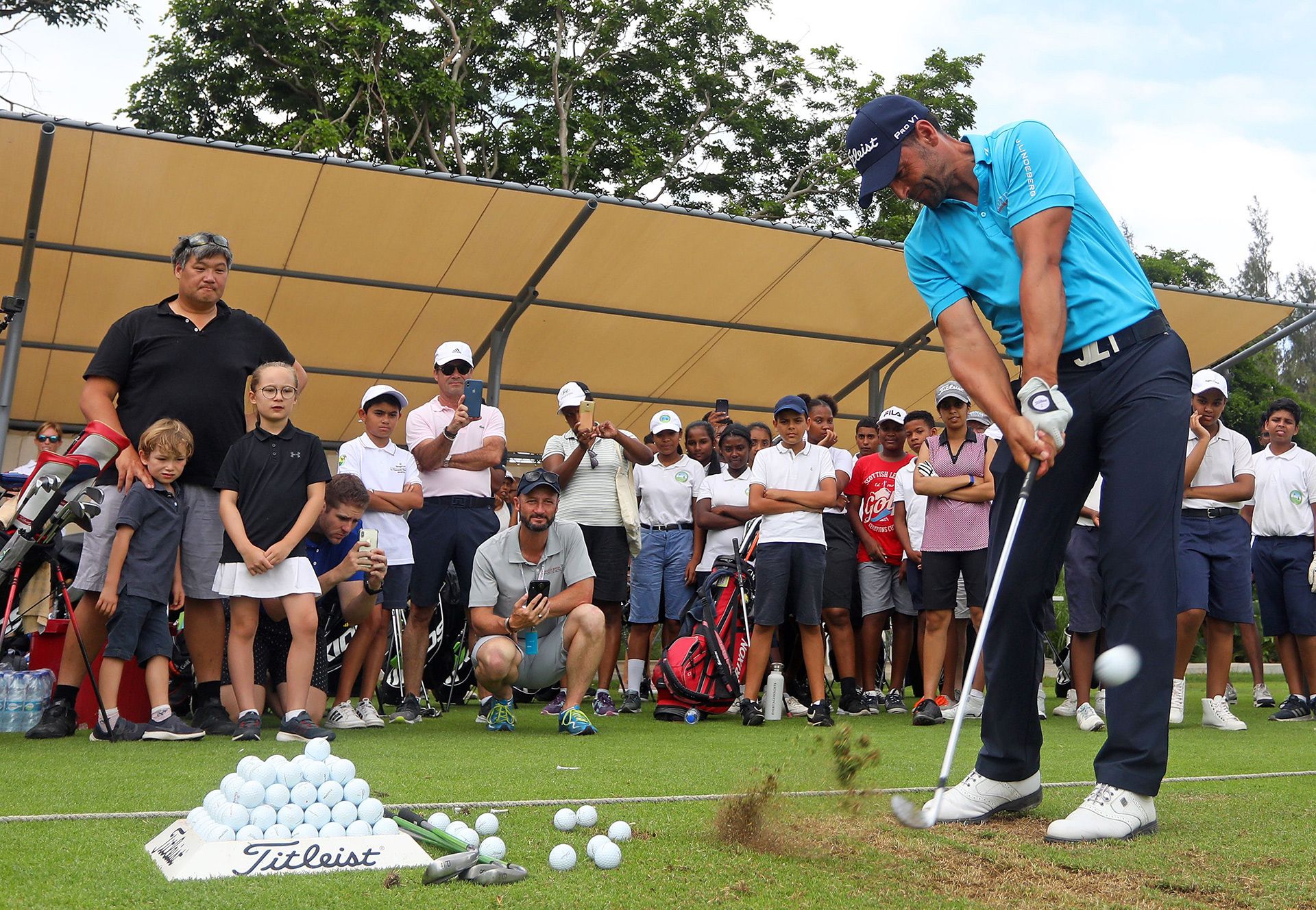 BEL OMBRE, Mauritius (7 December 2019) – Englishman Lee Slattery has been a professional for over 20 years and said even he was astounded at the large turnout of children from the Mauritius Golf Federation (MGF) who arrived for a golf clinic at the AfrAsia Bank Mauritius Open at Heritage Golf Club on Saturday.

Over 40 children turned up for the golf clinic with Slattery and other professionals from the European Tour, Sunshine Tour and Asian Tour during the third round of this tri-sanctioned tournament, and in partnership with the MGF, AfrAsia Bank and Heritage Golf Club.

The turnout certainly reflected the impact this tournament has made in only five years in terms of growing the awareness of golf on the island of Mauritius.

“I was very surprised at the turnout. I’ve done clinics all over the world and I’ve never seen as many kids turn up for a clinic. For a small island such as Mauritius to have such a golf interest is incredible,” said Slattery.

The two-time European Tour champion said he is impressed with how much more the game has started including young children into clinics such as these at tournaments.

“It’s just a great start for these kids, you know. For them to watch a tour professional hit shots and get advice, it can really be the start of something special.”

Slattery says he’s also seen a definite shift in the natural talent amongst the junior golfers of today compared with his era.

“The one thing I do see now is the kids turn up and they’re stronger and swing the club faster. I think that’s just the modern way of coaching. When I was younger it was all about rhythm and timing and short game, but the kids now smash it and they have these great clubs that are lighter. They have a better chance of progressing and starting the game better.”