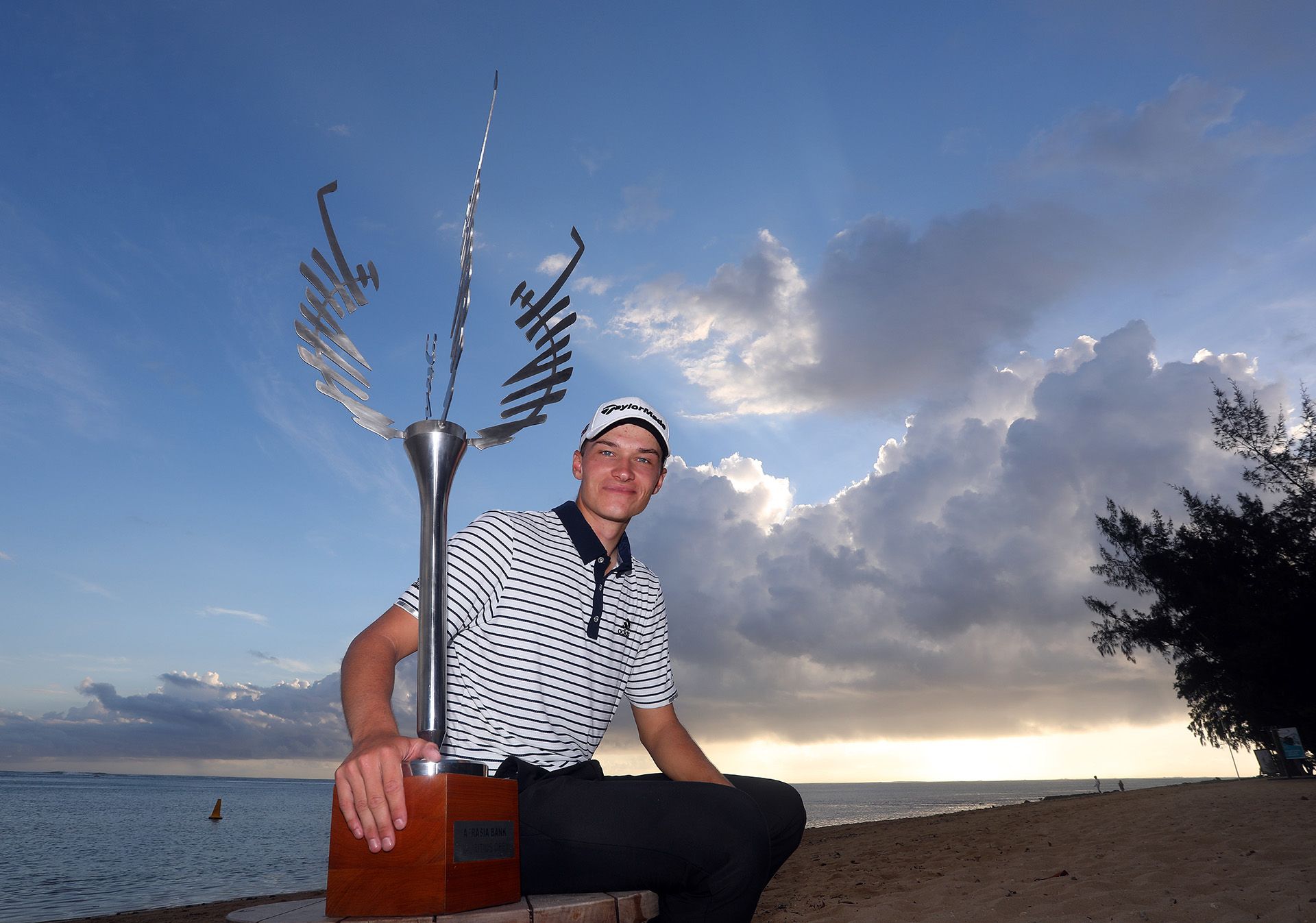 BEL OMBRE, Mauritius (8 December 2019) – Danish teenager Rasmus Højgaard drew a finger across the face of his putter like it was indeed a blade, and then holed a 10-foot eagle putt on the third playoff hole to win his maiden professional title in the AfrAsia Bank Mauritius Open at the Heritage Golf Club on Sunday.

At the age of 18, Højgaard became the third youngest winner in European Tour history after Matteo Manassero and Danny Lee, and even eclipsed the Great Dane, Thomas Bjørn, in claiming his first victory in only his fifth European Tour appearance. With his victory he also received Lifetime Diamond Membership of Heritage Golf Club.

“I’m at a loss for words. It’s amazing and I’m over the moon. This is a dream come true for me,” Højgaard said after the third playoff in the tournament’s five-year history and all of which have come at the Heritage Golf Club.

At the closing stages of a frantic final round in which six players were tied for the lead at one point, Højgaard birdied the last for a 68 and a place in a three-man playoff with Frenchman Antoine Rozner and Italian Renato Paratore on 19 under par. 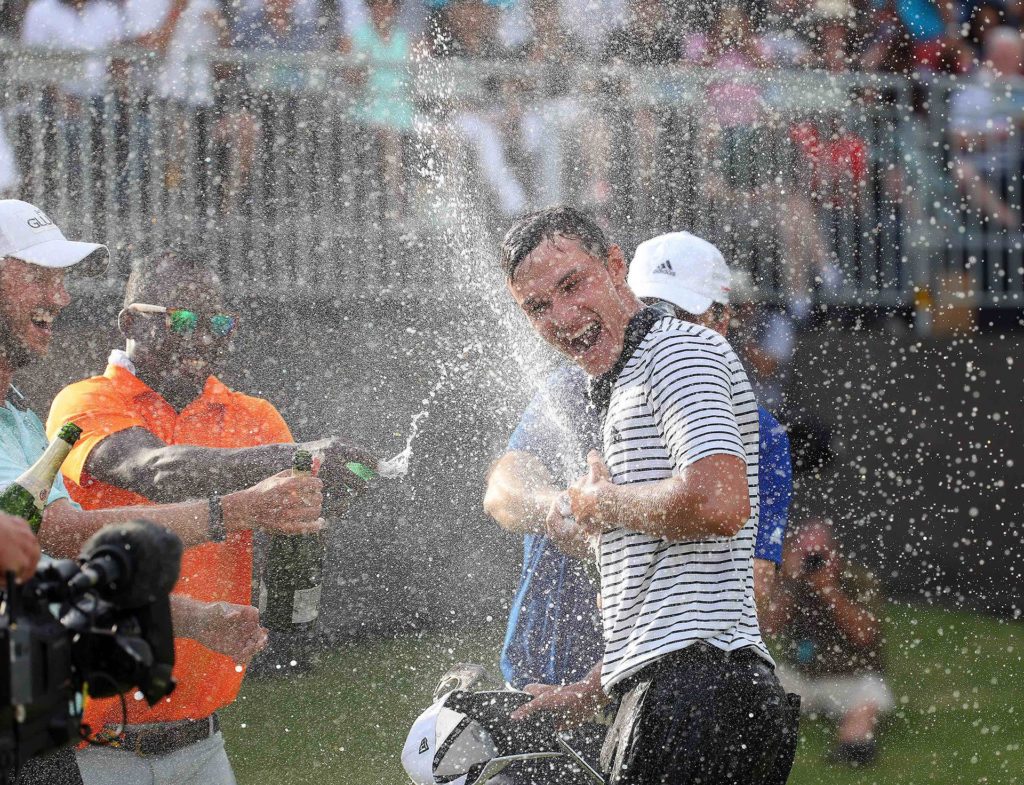 Playing the par-five 18th again, Paratore fell out at the first playoff hole, and on the third the young Dane made the eagle that secured him the title.

“I just kept telling myself to believe in yourself. I was obviously nervous, playing in my first playoff, but I was in a situation where I had nothing to lose. So I was confident especially with my shots coming in.”

It’s a dream start to a professional career many are expecting to deliver big things. After turning 18 in March, Højgaard finished tied second in his first Challenge Tour event and had seven top-10s on the Challenge Tour before earning his main European Tour card.

“It’s cool to win so early in my career and it’s something just amazing. I’m going to celebrate this victory when I get home to my family and friends.” And that will include his identical twin brother Nicolai with whom he won the 2018 Eisenhower Trophy for Denmark and also played in the Junior Ryder Cup together.

“I’m looking forward to the next challenge,” he said.