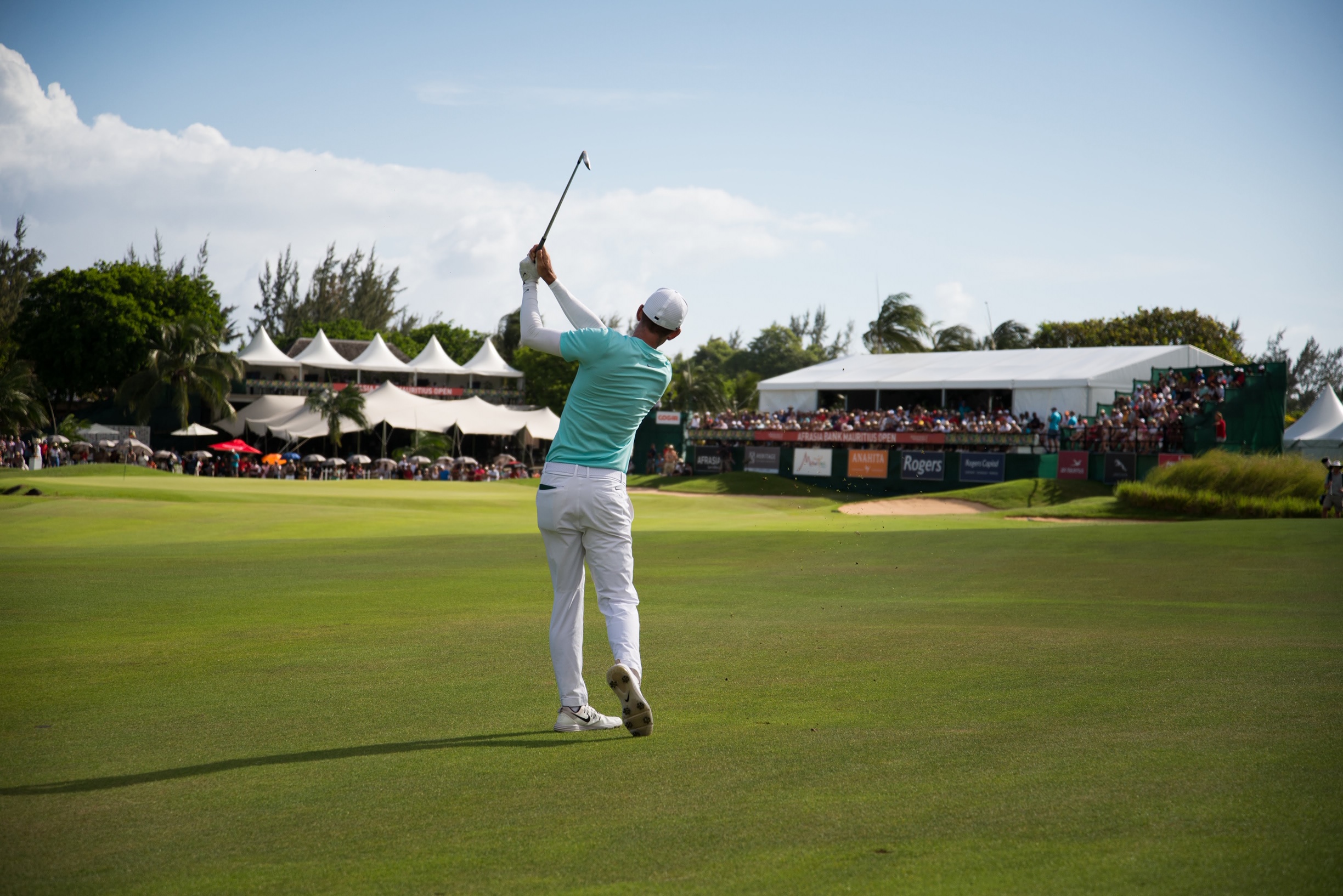 After careful consideration and a deliberation process following the development of the COVID-19 situation worldwide, the organising committee, has made the decision to postpone the AfrAsia Bank Mauritius Open to December 2021. This decision joins an important list of major tournaments that have been postponed this year, including the iconic Ryder Cup.
Staging this sporting event responsibly, amidst this COVID-19 pandemic, is a major concern for all the players, the visitors, media representatives, partners and all the other important stakeholders involved. The resurgence of reported coronavirus cases, principally in Europe, Asia and South Africa, remains an utmost health priority and has been a key determinant which led to this decision.
Ryan Dodds, Director of the tournament, said, “it is paramount that the event is held in an environment that is safe, prioritizing the well-being of our players, spectators and working staff. In such challenging times, with uncertainty around borders re-opening and surge of positive cases in our key golfing markets, we want to ensure that any risk of possible exposure to Covid-19 is mitigated. Our thanks go to the title sponsor AfrAsia Bank and this year’s host Anahita Mauritius for their constructive and conscientious collaboration in supporting this decision.”
In a statement, Sunshine Tour Commissioner Selwyn Nathan from Sunshine Tour said, “The decision to postpone the tournament is justifiably the right one given the pandemic concerns. With the majorworldwide tournaments being postponed at this moment, it is a logical outcome to act sensibly and embrace the principle of responsible conduct. The tournament is a highlight on our schedule as not only a uniquely tri-sanctioned tournament between the Sunshine Tour, European Tour and Asian Tour, but also for the fact that Mauritius is such a spectacular golf destination that our members always look forward to going back to. We look forward to working with AfrAsia Bank and all of our tournament partners and sponsors on the 2021 tournament, and our return to paradise.”
Commenting on the rescheduling, Mauritius Golfers Federation Christophe Curé, said: “As the governing body of Golf in Mauritius, we remain very mindful of the challenges ahead. Safety and responsible conduct of gaming is of paramount significance and our future plans are incumbent upon positive guidance and direction from health officials and relevant authorities. At the time of writing, we still have no indication as to the opening of the borders of the destination due to the sanitary crisis. we are proud of this tri-sanctioned international event; we look forward to launch the 2021 edition of the AfrAsia Bank Mauritius Open and to host the Sunshine Tours, European Tours and Asian Tours again as well as all the partners and stakeholders in the best sanitary and golfing conditions.”
Since its inception in 2015, the AfrAsia Bank Mauritius Open has featured prominently in the European Tour, Asian Tour and Sunshine Tour calendars. The tournament is beamed worldwide and reaches more than 350 million viewers every year.  Some of the world’s best have competed in the tournament, including amongst others, 2010 Open Champion Louis Oosthuizen, World Golf Hall of Fame member, 4-time Major Champion and former world number one, Ernie Els, the 2018 Ryder Cup captain Thomas Bjørn and Nicolas Colsaerts, the Belgian bomber and ambassador of Anahita Golf Club. No less than 156 international golfers, from around the globe, competed last year at the AfrAsia Bank Mauritius Open to win the prestigious prize of EUR 1 million. The last Open, held at the Heritage Resorts on Domaine De Bel Ombre in December 2019, was won by Denmark’s Rasmus Højgaard. He was the first player born in the 2000’s to win on the European Tour. Højgaard won in only his fifth European Tour start and became the third-youngest winner in Tour history, which are optimistic signs for the future. Last week, Højgaard also clinched the UK Swing Order of Merit title after winning the ISPS Handa UK Championship.
Tweets by AfrAsiaMRUOpen